Tata Motors has conducted for the first time "TechFest" International Technicians' Championship 2014 in collaboration with Shell. The program is an initiative to recognise the knowledge & skills of its Technicians across all the TML authorised workshops. The program received an overwhelming response from Channel Partners with a participation of around 25000 technicians across the globe.

TechFest International level had 10 Technicians from India, 3 from Middle East (Kuwait, Dubai & Muscat), 5 from SAARC (Nepal, Sri Lanka & Bangladesh), 1 from Russia and 7 from Africa (South Africa, Nigeria, Kenya, Senegal & Ghana) participating. The International level championship was conducted at "United Motors" Sharjah; U.A.E. workshop on Tuesday, 17th June 2014. The technicians were evaluated on the basis of a test having a combination of theory, practical & interview on topics such as product knowledge, repair & maintenance practises, troubleshooting, lubricants, etc.

The 1st Runner up position was secured by Mr. Pradhumna K C from Nepal (M/s Sipradi Trading PVT. LTD-Nepal). He received a cash award of US $ 1500/- (US Dollars One Thousand five Hundred), Shield & Certificate.

All 26 International level technicians received a Certificate of Participation and a memento by senior officials of Tata Motors Ltd. & Shell India Ltd. 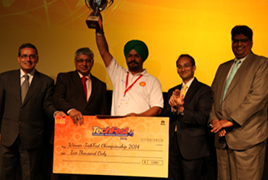 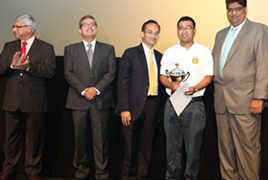 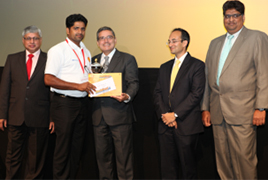 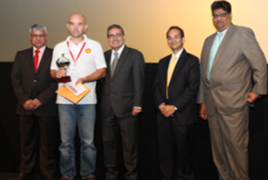 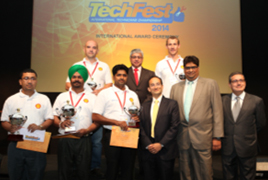